When will the philosophy section be open for business, or, should I just begin 'here' in this section?

It's a new house, belonging to another...I'm not inclined to piss where it (my piss) is not wanted. -Henry

It's open for business.

Piss where you can, don't piss where it burns. 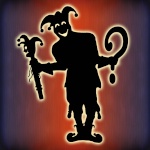 The philosophy of the empty ego:

Everything is in the mind, everyone is mind, no one higher, no one lower. Mind is creative by nature and imaginative. If the mind thinks its imaginations are real, it gets confused, because the next moment the mind may create something completely new and different. If it holds on to ideas like they are imprinted in stone, the mind will turn itself to stone and it's creative process is stymied.

So called phenomenon like space and time and atoms and electrons are not real. They are the mind trying to understand something that is really it's own creations and make artificial rules concerning what it thinks is reality. Quantum physics is going to show this, and already is paving the way. So called matter and energy and the so-called time-space continuum are mind made from what is basically quantum soup or infinite field waves of infinite possibilities. There just are no boundaries to the unconfined mind.

Henry Quirk wrote:
...I'm not inclined to piss where it (my piss) is not wanted. -Henry

As usual Henry, you'll piss or crap where-ever you feel like, just please "not over there, thats the tennis court." Do you remember that show?